Spain, not only known for its beautiful sandy beaches, good food and a perfect climate, also cuts a fine figure as a sports nation, often at international level.

Today I would like to introduce you to some national or international stars and clubs that are (or were) active in the province of Valencia and Mallorca.  Some names will certainly sound familiar to you, and some are even native to nearby areas.

We start, of course, with football.

FC Elche (or Elche CF – Club de Futbol as it is correctly called) has been in the 1st Spanish League (“La Liga”) for a long time.  After the club was founded in 1923, the team initially played all in white for five years. When Czech coach Antón Fivébr first visited Elche, he was so impressed by the city's many palm trees that he decided to add a large green stripe down the center of the shirts.  Since then, the club has been nicknamed the "Franjiverdes" (The Green Stripe). 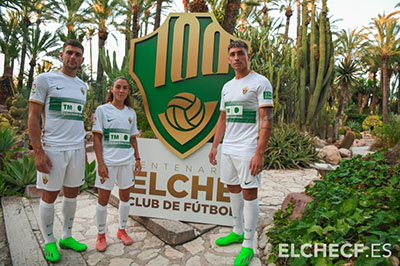 (The picture was taken from the website of the club.)

Even better known than Elche is the Valencia Club de Fútbol,  better known as FC Valencia.  Valencia also plays in the first division, the Primera División.  The club's colors are black and white and the club's mascot is the bat, also featured in the coat of arms of Valencia. 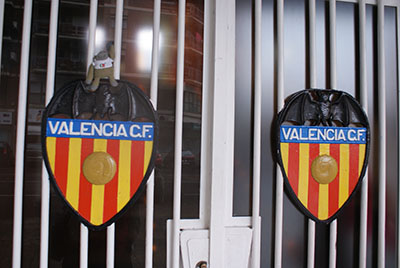 Interestingly, in 1970 the legendary former Argentine striker Alfredo Di Stéfano signed as a coach at FC Valencia and won their first league title since 1947.

Also active in “La Liga”: The Real Club Deportivo Mallorca.  It is the oldest football club in the Balearic Islands and almost won the European Cup in 1999, score was  2-1 to Lazio in the final game.

When it comes to golf Sergio Garcia, Nicknamed El Niño (the kid),  plays golf like few can.  This fine gentleman was born in Borriol, a town in the north of the province of Valencia.  In his career he has earned more than 30 million euros in prize money on the European Tour alone (plus 50 million on the North American PGA Tour).  This makes Garcia one of the most (financially) successful golf professionals.

By the way, this other gentleman is also world famous not for golf though but for tennis: 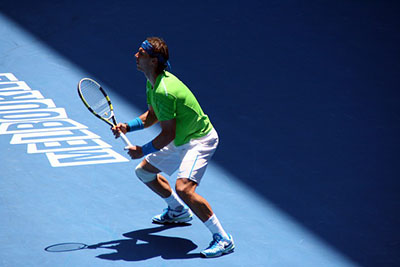 (Picture from Moerschi on Pixabay)

Rafael Nadal, still playing , is a native Mallorquin and is one of the best. He is currently ranked world No. 3 in singles by the Association of Tennis Professionals

David Ferrer, on the other hand, was born in the state of Valencia, more precisely in Javea.

As a young player, Ferrer spent some time at the tennis academy in Villena that Juan Carlos Ferrero runs there.  Former No. 1 in men's tennis (2003),  Ferrero (El mosquito) was also born on the Costa Blanca (in Ontinyent). He is known for his tough forehand, which suddenly "stabs" and thus forces his game on the opponent.

(Picture from Th G on Pixabay)

So from the tennis court to the street.  On August 30th this year the 10th stage of the tour of Spain ( Vuelta) took place in the area of Costa Blanca. The Belgian Remco Evenepoel won the time trial over 30 kilometers from Elche to Alicante.  The next stage, the 11th, was from Murcia to the Andalusian Cabo de Gata.

The Costa Blanca also has a lot to offer when it comes to equestrian sports.  The opening of the Oliva Nova Equestrian Center in 2012 was a landmark step for European equestrian sport.  Due to the year-round warm climate, riders and horses from all over the world come together several times a year to hold Spanish and international show jumping and dressage tournaments.

For example, the TM Benidorm handball team plays in Spain's highest league for men.  The same applies to the basketball players from the Valencia Basket Club (still part of FC Valencia until 1986), who won the European Cup for the fourth time in 2019.

Basketball is also played in Murcia, sometimes even exceptionally well.  The team succeeded in 1990 with a final victory in the promotion round against Obradoiro CAB the championship title in the second division and thus promotion to the 1st league.  The match was interesting because the coach used Argentinian Esteban Pérez as a Spaniard with a fake ID.  Although the team from Murcia was not punished by the sporting authorities and was allowed to climb, the opponents at the time went to court and, 19 years after this encounter, were also allowed, belatedly, to be promoted.

Finally, volleyball is one of the most popular team sports in Spain.  The teams are represented in almost all European competitions, both for men and women,  be it in the hall or on sand on the beach.  Two very successful teams play on Mallorca: Voley Palma and Voleibol Manacor.

Now that you have completed your daily sports schedule, you will hopefully have some time left to find the perfect property in Spain.  As always, we have gathered a small sample of attractive properties for you and are available to give you more information (your own team listening to your needs)!