This is how you might be greeted by Spaniards on a trip across the Iberian Peninsula. Although Spanish (more correctly: Castilian) is the second most spoken language on the planet, with more than 480 million native speakers around the world, Spanish is not just Spanish.

This quickly becomes apparent to anyone traveling by car from northern Europe toward Spain, for example, when the Basque thanks you with "eskerik asko" or when bilingual signs indicate the way near Barcelona and cities such as "Lérida" are also referred to in Catalan ("Lleida").

Gallego" in northwestern Galicia, "Català" (or, in a somewhat modified form, Valenciano) in northeastern Catalonia down to the state of Valencia, and "Euskera" in the northern Basque Country. 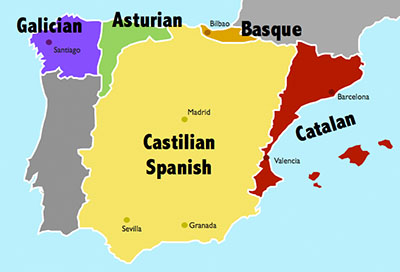 The population of Spain, for historical reasons, does not form a cultural and therefore a linguistic unit. Nevertheless, the Castilian language has been agreed upon as the first official language in the entire national territory.

This is stated in Article 3 of the Spanish Constitution:

Castilian is the official Spanish language of the State. All Spaniards have the duty to know it and the right to use it. (.......) The wealth of the different language modalities of Spain is a cultural heritage which shall be the object of special respect and protection.

Castellano or Castilian Spanish originated in the Iberian Peninsula as a dialect of spoken Latin, which is today called “Vulgar Latin”, as opposed to the Classical Latin used in literature. During the reconquest of Moorish Spain, the language continued to spread and, since the national unification by the Catholic Monarchs in the 15th century, it became more and more the general language of the country.

Incidentally, one of the most widely read newspapers in Spain, "El País", is working hard to promote the use of correct, high-quality Castilian. This is done through a specially developed guide to the correct style, which all editors must follow.

By the way: According to Spanish linguists, the purest Castilian is spoken in the city of Salamanca, located between Madrid and the Portuguese border. This is probably why there are so many language schools in this area. 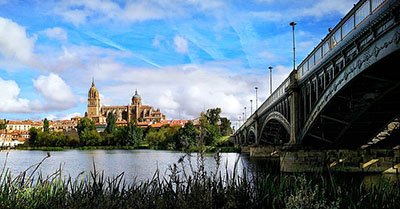 (Picture from Richard Mcall on Pixabay)

The strangest of the Spanish regional languages is undoubtedly Basque, also known as Euskara. It is not related to any other language in Europe, and it is not even related to any other known living language! Valenciano is the language spoken here where we have our office, is very similar to Catalan. About one in three people in the Valencian Community, with its three provinces of Castellon, Valencia and Alicante, speaks Valenciano regularly, about 50 percent can speak it.

Let's conclude our little language excursion with a vocabulary word that travelers to Spain can always use,  no matter in which region: BEACH. 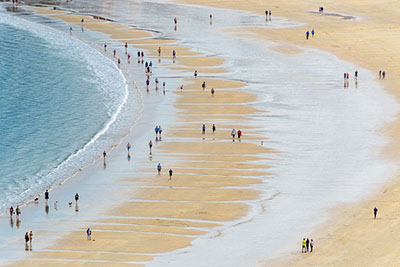 (Picture from David Vives on Pixabay)

PLAYA in Castilian, PLATJA in Catalan (Valencian), PREIA in Galician and HONDARTZA in Basque.

Are you curious about Spain's linguistic diversity? You will certainly find a language school that suits you in your area, or you can visit us at the agency and learn Spanish (Castilian) right here on site!. To whet your appetite, here are some of our dream properties (you will find a larger selection and new constructions on our website sucasita.eu, a site to be consulted regularly as we are always adding new properties).